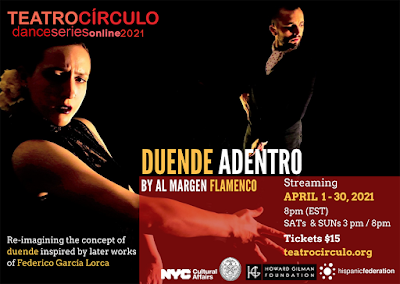 Posted by El Blog de Pablo at 5:05 PM No comments: 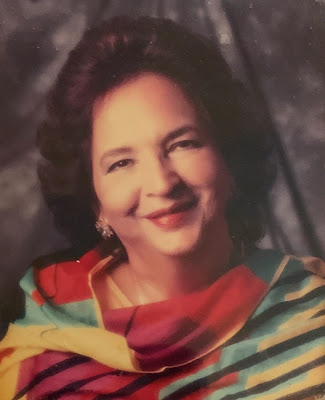 Posted by El Blog de Pablo at 1:26 PM No comments:

Pregones/Puerto Rican Traveling Theater announces lineup of traditional, classical, and contemporary artists marking the 15th Anniversary of its popular March Is Music concert series. 15 free events total! 8 concerts by Latinx and international talent plus 6 special episodes of Pregones/PRTT’s Spotlight: Creatives at Work and Bronx Film Wednesdays illustrate the series’ expansive curatorial vision and status as a must-do event for artists and music lovers alike. Concerts newly recorded at Pregones Theater in The Bronx, one of the most vibrant live performance venues in all of New York City, and in partnership with MIFA/Victory Theatre. All broadcasts free of charge on social media and public access channels of BronxNet Community Television. A festive MIM15 Happy Hour for all friends of March Is Music is scheduled for March 27, RSVP for invitation! March 1-28, 2021 — Free Online! WWW.PREGONESPRTT.ORG

Bronx Film Wednesdays travels to Africa in honor the of the 15th anniversary of March Is Music with a special one-time screening of filmmaker Eli-Jacobs Fantauzzi’s HomeGrown: HipLife in Ghana. A feature-length documentary about music group VIP (Vision In Progress), the film tracks ten years of their journey from the ghetto in Accra to their first international tour. They grow from being teenagers with a shared dream to musicians with fans around the world. Interview with the director by Sonyi Lopez of BronxNet.

Oxana Mikhailoff and Vassily Primakov have known each other for 30 years. They spent formative years at the Moscow State Conservatory under the tutelage of the legendary Vera Gornostaeva. That experience formed an unbreakable bond between the two pianists, whose playing is hailed by critics, respectively, as “poetic and sensitive” and “exceptional, refined, multicolored.” For this MIM anniversary they perform works by Mozart, Liszt, and Strauss. | Bronx Piano Sundays

Internationally acclaimed pianist Sara Davis Buechner returns to MIM with a masterful program titled ¡Danza! A Celebration of Hispanic Piano Music. The program features works by Mompou, Cervantes, Turina, Longas, and Buechner’s own New York Scrapbook with a section dedicated to The Bronx! Noted for her “intelligence, integrity and all-encompassing technical prowess” (NY Times), Sara is undoubtedly one of today’s most original artists. | Bronx Piano Sundays

Two stalwarts of Pregones/PRTT’s acting and music ensemble —bassist Álvaro Benavides and percussionist Nicky “Cajadura” Laboy— share from their dazzling careers on and off the stage. One of 5 Spotlight episodes celebrating MIM15.

Yasser Tejeda & Palotré is a New York-based Dominican fusion group that is giving traditional folkloric music a new spin with jazz, rock, and Caribbean rhythms in “a frenzied celebration of ancestral union” (Billboard). “Palotré invigorates the bachata and merengue tradition with a post-Hendrix, post-Jaco, post-Bob Marley aesthetic that is positively brimming with hip ideas and an edgy electric quality” (Jazz Times).

Pianist Margarita Rovenskaya grew up listening to classical composers in the kitchen, while her grandmother cooked, and started taking lessons at the age of six. She has performed extensively in the U.S. and abroad and is a prize-winner of the prestigious Constantine the Great International Competition, WPTA Finland International Competition, and American Fine Arts Festival, among others. For her MIM debut, Rita will perform Antonín Dvořák’s thirteen-part Poetic Tone Pictures, the Czech composer’s longest and most elaborate piano cycle. | Bronx Piano Sundays

March Is Music is the dream come true of Pregones/PRTT’s Associate Artistic Director and Chief Curator of music programs, Alvan Colón Lespier. A seasoned director of musical theater, he talks about his lifelong love of the stage, his creative relationship with all things musical, his initial vision for a world-class music series curated by Latinx artists and hosted annually in the South Bronx, and the series’ future yet! One of 5 Spotlight episodes celebrating MIM15.

Led by trombonist Hommy Ramos with percussionist Nelson Bello, Trombeatz is a dynamic and adventuresome ensemble whose debut album, A Caribbean Thing, was released to great acclaim by Truth Revolution. The group has performed in Puerto Rico and throughout the eastern U.S. and is known for its high energy and melodic skill. “At once soulful and sophisticated, [the band] reflects a deep understanding of the Latin Jazz tradition, while taking the music somewhere fresh” (Steve “Stevie-D” Davis).

Moriah Trenk, praised for her “fluid and graceful style” (Villages News), is current Company Pianist at the prestigious Pennsylvania Ballet. Zhenni Li, hailed for her “torrents of voluptuous sound” (Gramophone Magazine), is a Steinway Artist and founder of both The Last Soirée and Fishin’ in C music series. Both are seasoned, traveled, and daring musicians whose coming together sets off sparks of technical prowess and sentiment. Their MIM program includes works by Debussy, Brahms, Barber, and Piazzolla. | Bronx Piano Sundays

Pregones/PRTT’s Production Manager, Jessica Moya, and our Sound Engineer, Milton Ruiz, know the magic of March Is Music inside out and behind the scenes. They share from all they get to see and make technically exact. One of 5 Spotlight episodes celebrating MIM15.

ON OUR SOCIAL MEDIA:

To join our extra special MIM 15th Anniversary Happy Hour make sure to RSVP on our website. We will follow up with event login information by email. Surprises in store!

This program is made possible, in part, with public funds from the New York City Department of Cultural Affairs, in partnership with the City Council, and from the New York State Council on the Arts, with the support of Governor Andrew Cuomo and the New York State Legislature. Southwest Airlines is the Official Airline of Pregones/PRTT. For a full list of funders, please visit www.pregonesprtt.org.

PREGONES/PRTT / Pregones/Puerto Rican Traveling Theater is an award-winning acting and music ensemble, multidiscipline arts presenter, and owner/steward of bilingual arts facilities in The Bronx and Manhattan. Our mission is to champion a Puerto Rican/Latinx cultural legacy of universal value through creation and performance of original plays and musicals, exchange and partnership with other artists of merit, and engagement of diverse audiences. Our year-round programs offer attractive and affordable opportunities for arts access and participation to NYC residents and visitors alike.

MARCH IS MUSIC / Building on a commitment to present artists of the highest caliber in The Bronx, this multi-genre series showcases the range and vitality of today’s varied musical cultures. Curated by seasoned Latinx artists, series concerts and dialogues draw links between music, dance, and popular culture, highlight ruptures and continuities in form and content, and make room for intercultural fusion and exchange. Chief curators: Alvan Colón Lespier, Associate Artistic Director, and Desmar Guevara, Resident Composer and Musical Director.

BRONX PIANO SUNDAYS / During and beyond the month of March, this subseries shines a spotlight on one of Pregones/PRTT’s prized possessions: a Steinway & Sons grand piano acquired with support from donors and Bronx Borough President Rubén Díaz, Jr. Stellar pianists are invited to perform works of all styles and eras on this magnificent concert hall instrument.

SPOTLIGHT: CREATIVES AT WORK / Inspiration and provocations from performing artists and media makers of color. Filmed primarily at Pregones Theater in The Bronx during the Covid-19 lockdown, the series features theater, music, dance, and film/media artists you ought to know. Each episode is a snappy 30-minute compendium of conversation and performance.

Posted by El Blog de Pablo at 3:30 PM No comments:

Callback Series Online 2021 by Teatro Circulo premieres the streaming version of Trans-Mission, a testimonial one-woman show written and performed by Barbara Herr directed by Luis Caballero from March 4 to April 4, 2021.

The year 2017 set a tone in New York's Latino theater: for the first time a transgender actress, Barbara Herr, presented a one-woman show based on her experience before her gender reassignment surgery. The season was carried out under the program Callback Series of Teatro Círculo, which promotes emerging works whose quality merits the support of the group to make a season.

The response from the public and theater specialists did not wait.  For the playwright and author Joselo Arroyo, Trans-Mission: “it kept the audience in emotional ups and downs that achieved an ideal balance to enjoy this type of work to its full potential”; according to scholar Lawrence LaFountain Stokes, "Trans-Mission was a major cultural event."

Barbara Herr, author, and interpreter of the one-man show, comments, "I was very surprised how many people supported the project, how many people identified with this work, with this story, and with my life experience."

The Trans-Mission theme can be summed up as the decision to be true to yourself. In Barbara's everyday life, this came at the cost of facing countless obstacles justified by segregation, prejudice, and transphobia.

The story begins with a Puerto Rican boy in the Bronx, a victim of bullying. Over time, the character acquires the strength and honesty to fight for his identity as a woman. In the presentation, the audience listens to some therapeutic sessions before the reassignment surgery. It is an autobiographical work, sometimes painful, sometimes with grace which makes visible Latina trans women life.

The testimonial character of the monologue is highlighted by the work of the film and theater director Luis Caballero. Apart from the empathy between director and actress, Caballero presents an austere space with great plasticity.

In times of pandemic, Trans-Mission will be streamed. Therefore, the team decided to make a special version in this format. "The process was a little strange," says Barbara, "although it was recorded at Teatro Círculo and the technicians were there, the work was carried out in several sessions in the complex times of Covid," says the actress.

Trans-Mission is the union between art and life. It is a way of meeting an "other" who was invisible until recently and who is still struggling. It is a story in which the human being overcomes prejudice.

Written and performed by Barbara Herr

This program is made possible by the generous sponsorship of NYC Cultural Affairs, New York Council on The Arts, Howard Gilman Foundation, and Hispanic Federation.

Posted by El Blog de Pablo at 8:44 AM No comments: 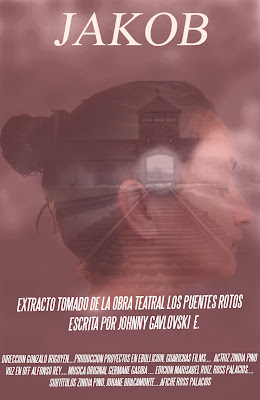 Posted by El Blog de Pablo at 8:08 PM No comments: 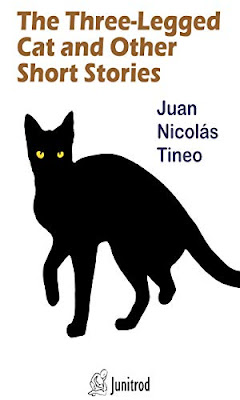 Posted by El Blog de Pablo at 1:43 PM No comments: